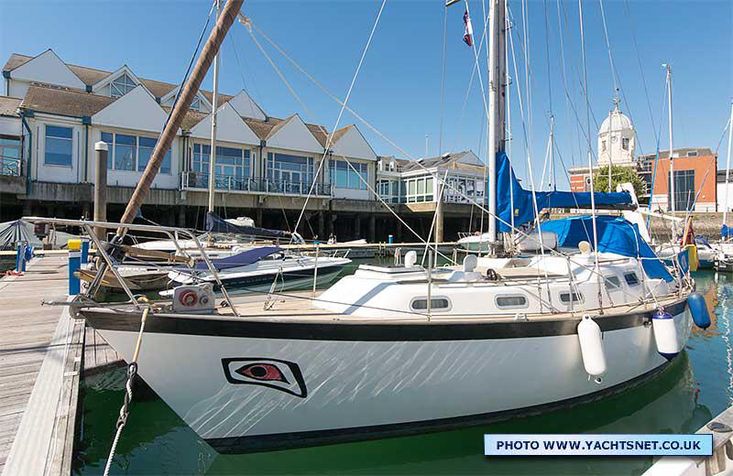 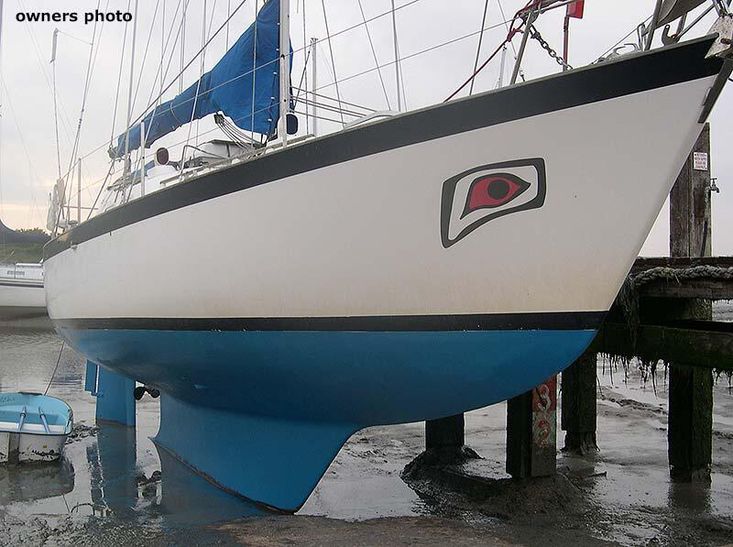 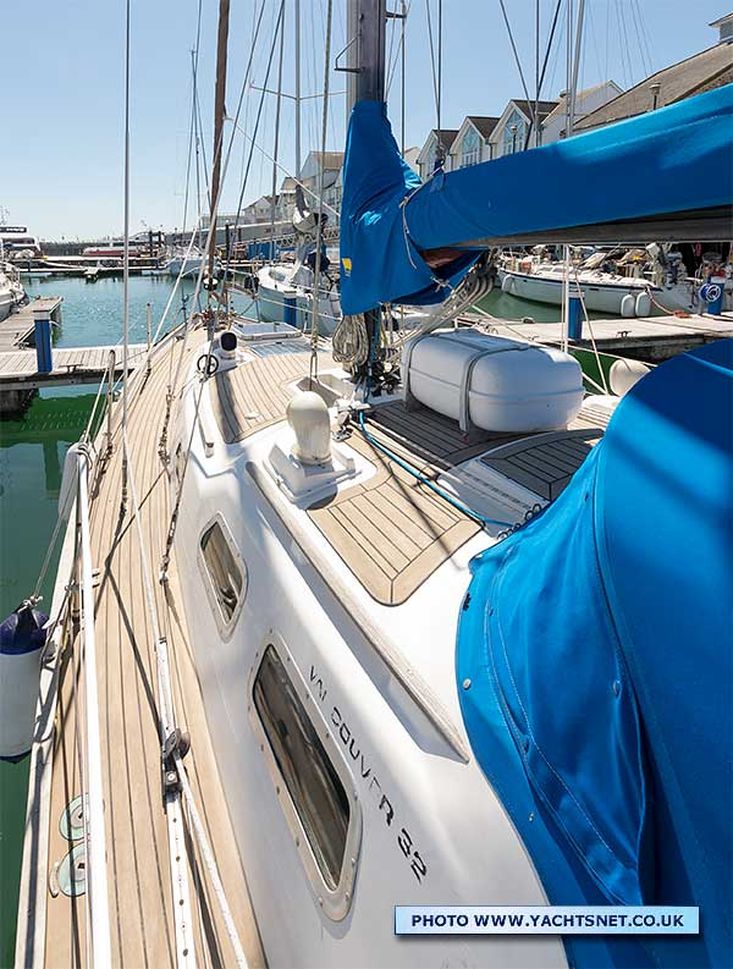 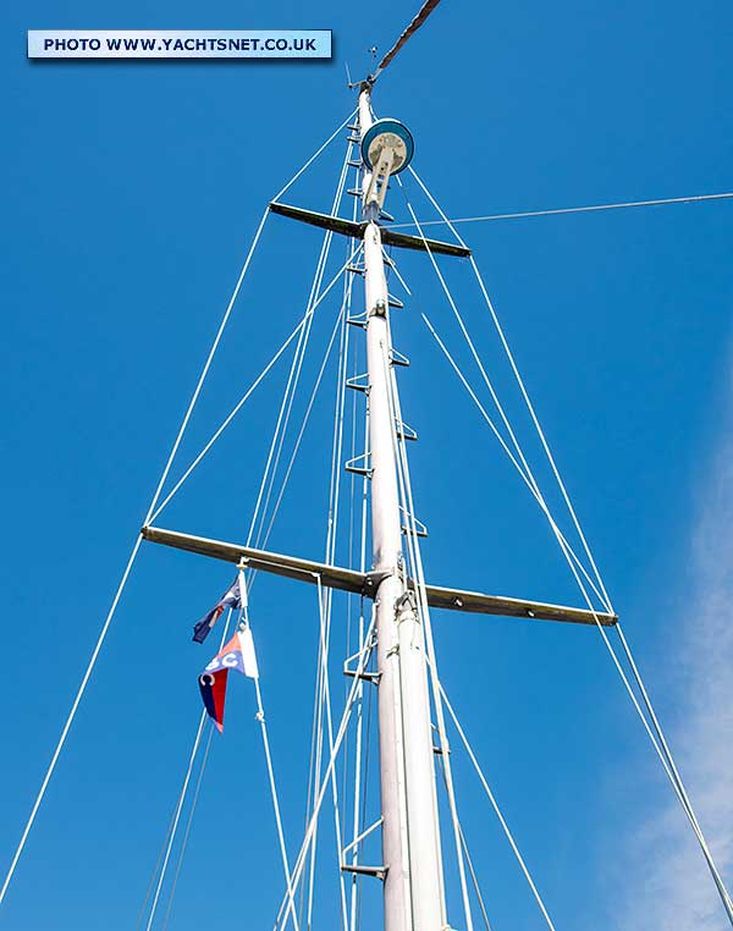 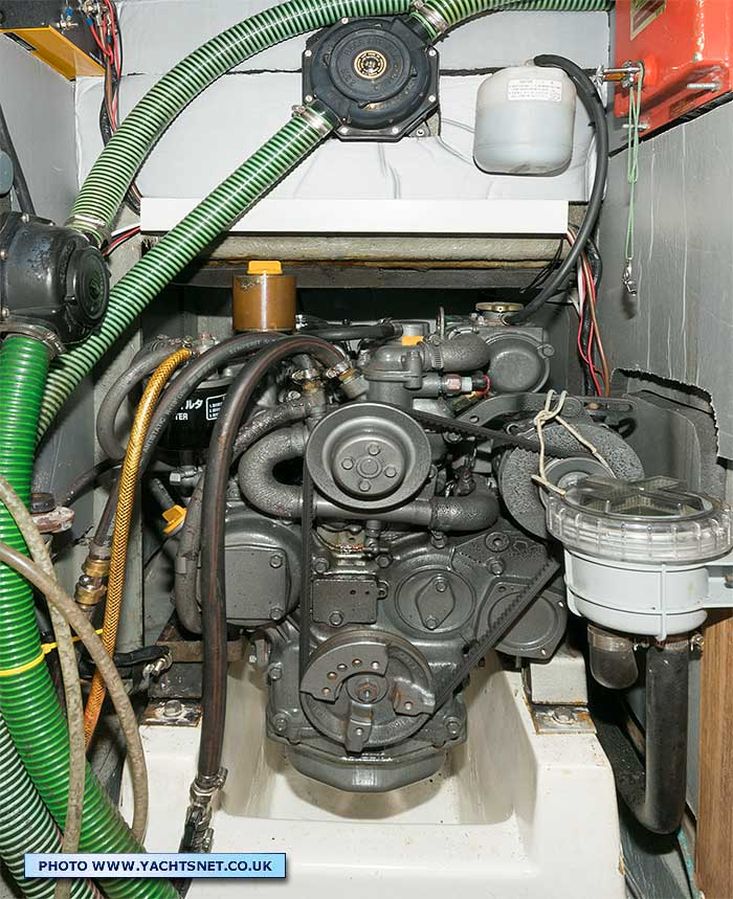 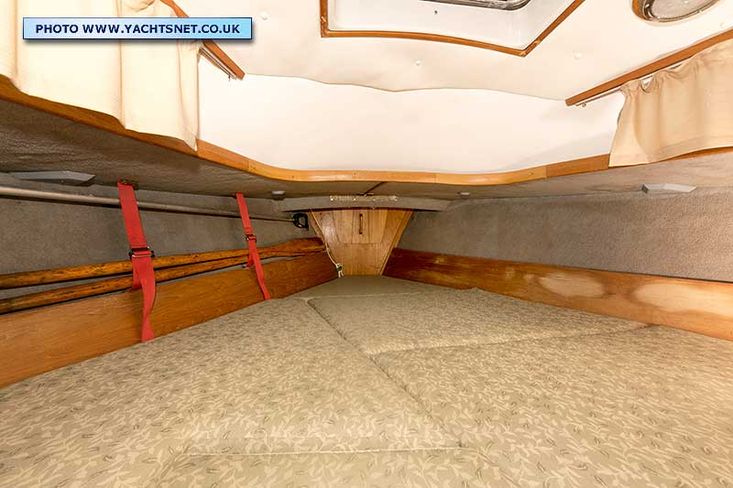 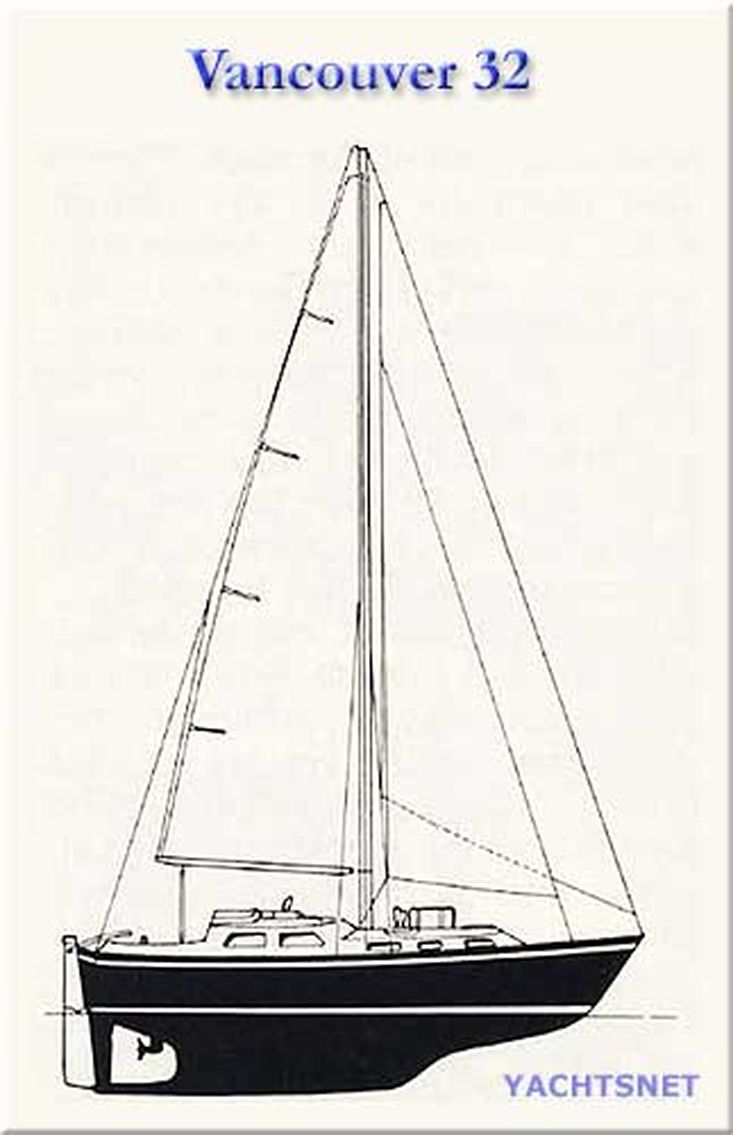 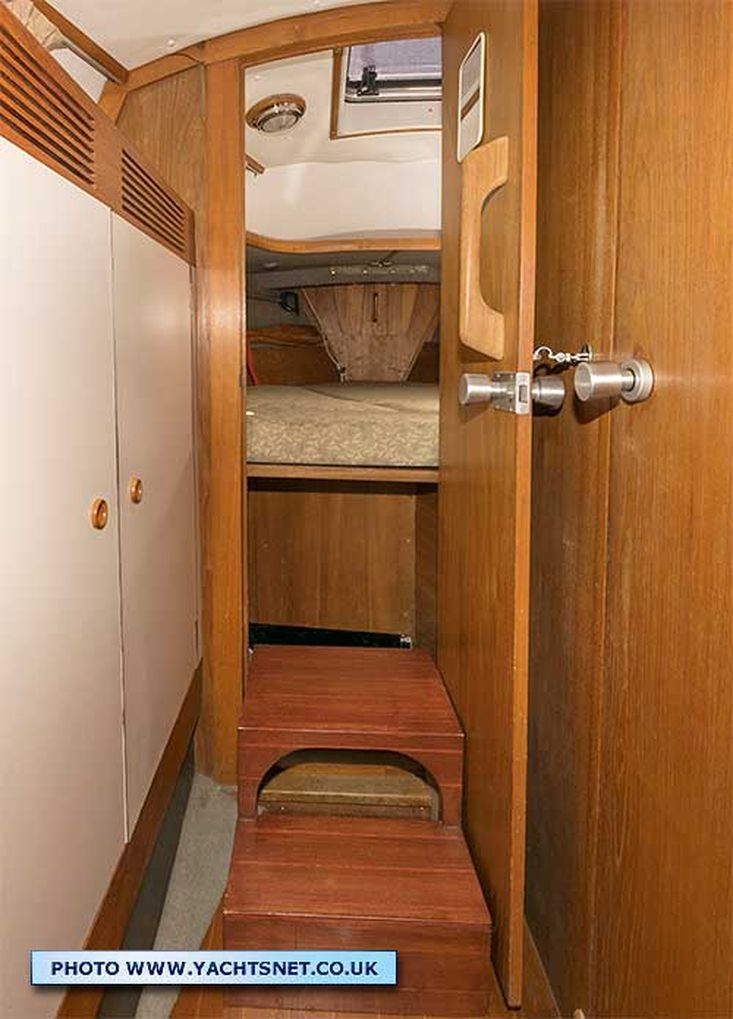 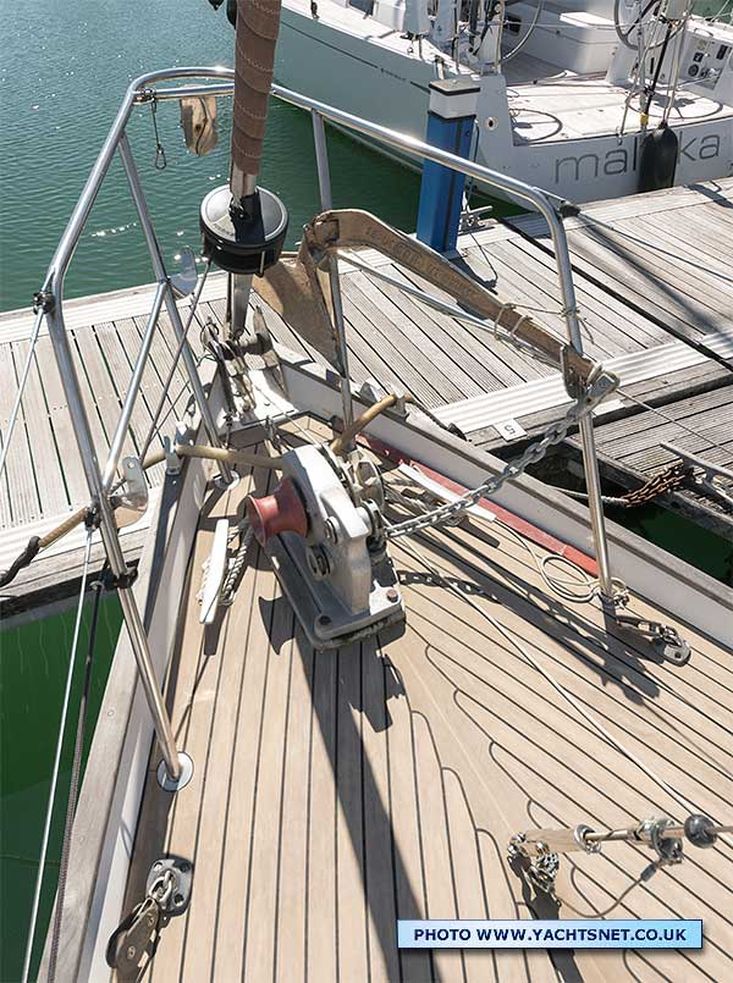 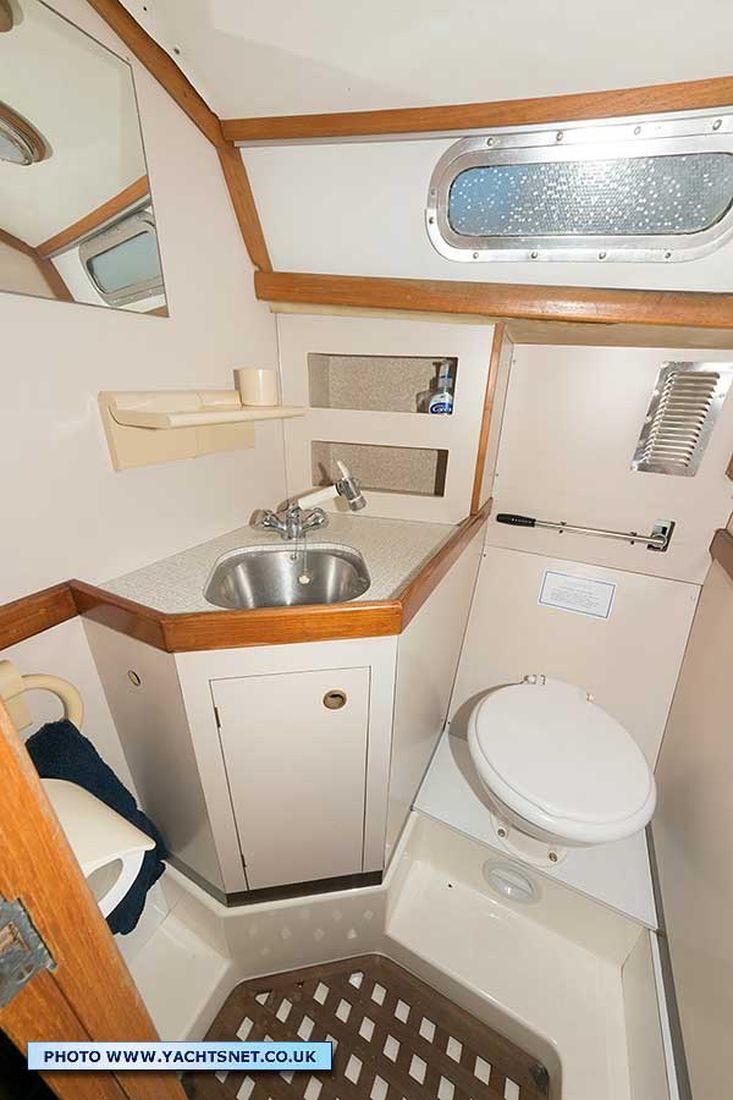 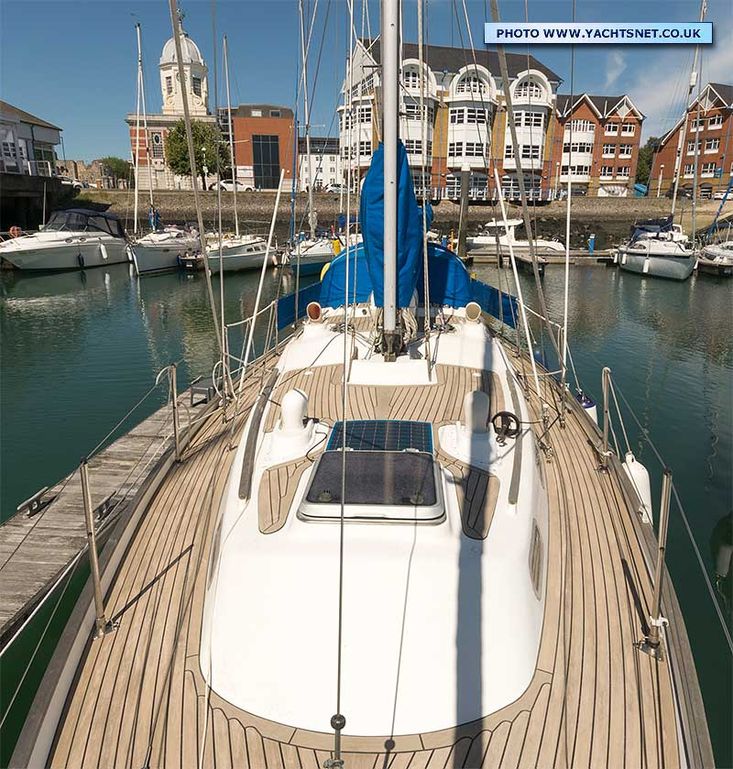 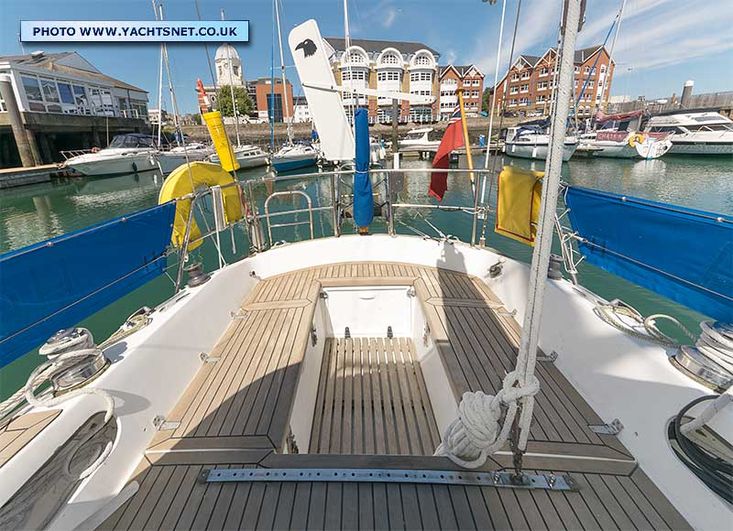 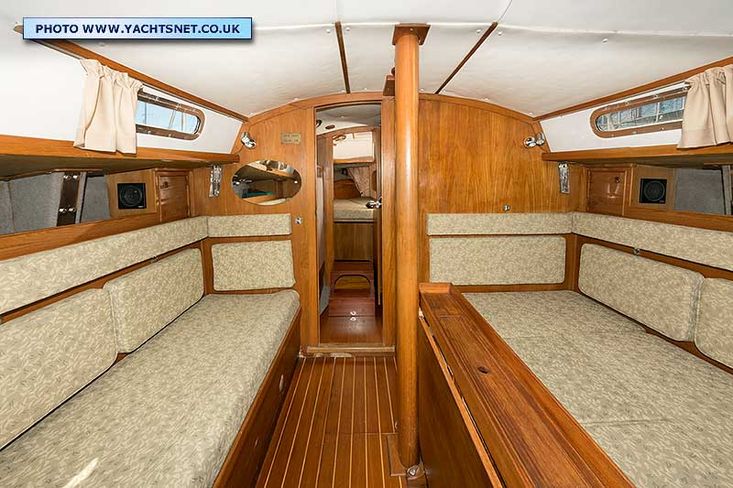 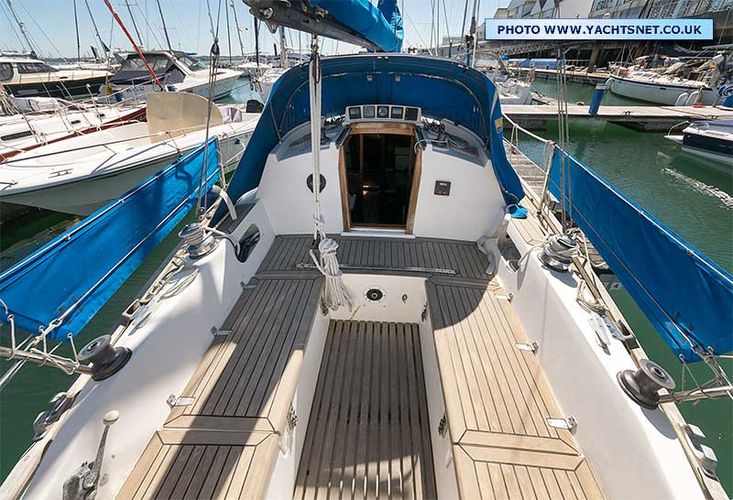 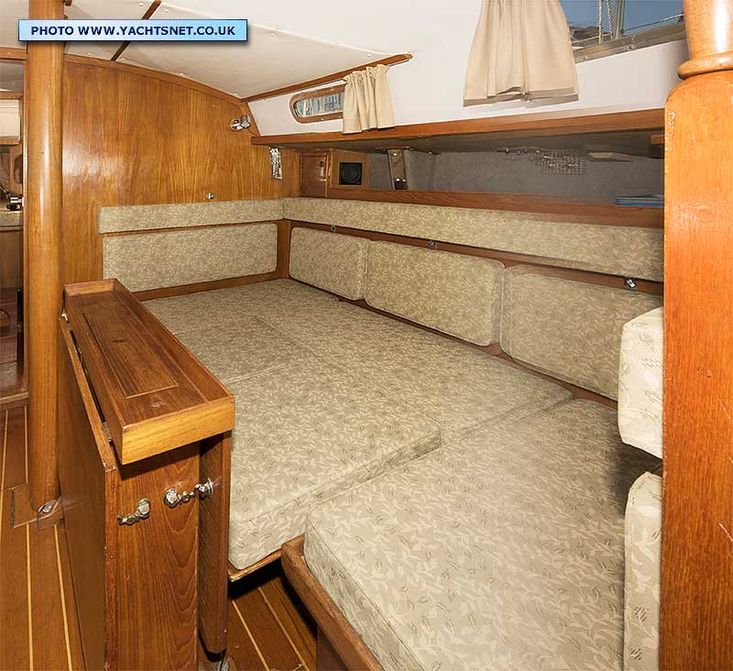 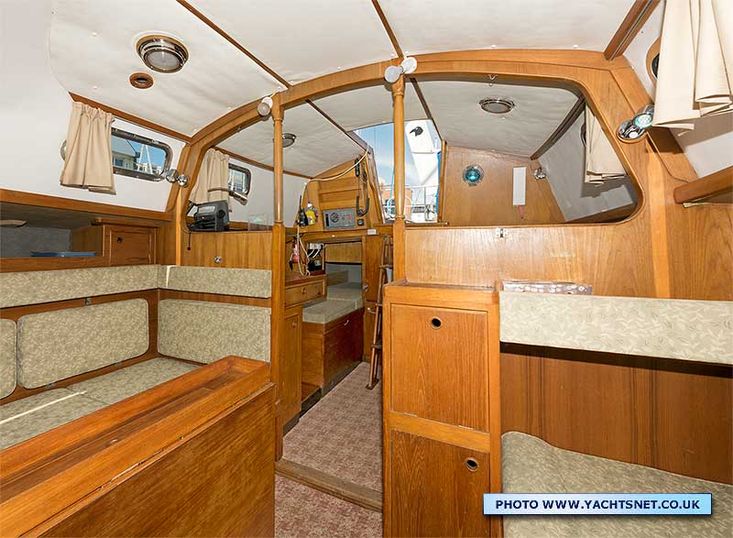 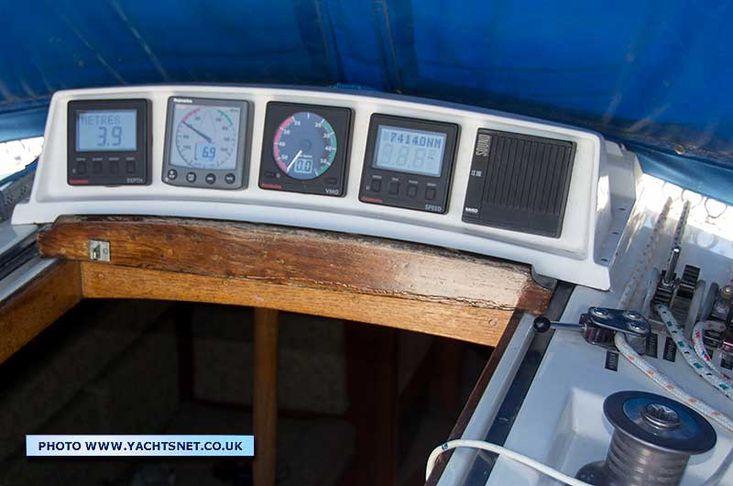 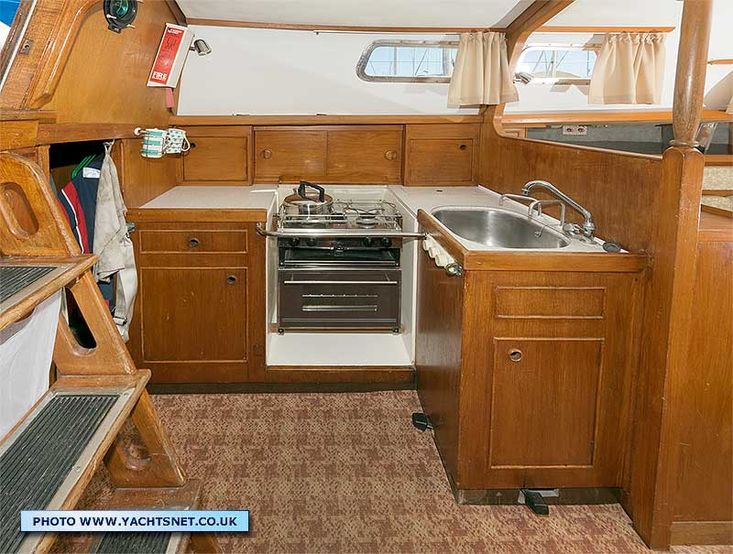 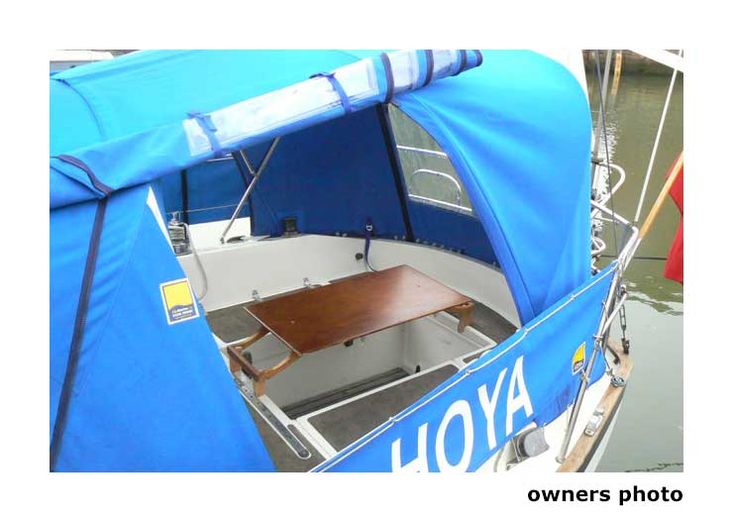 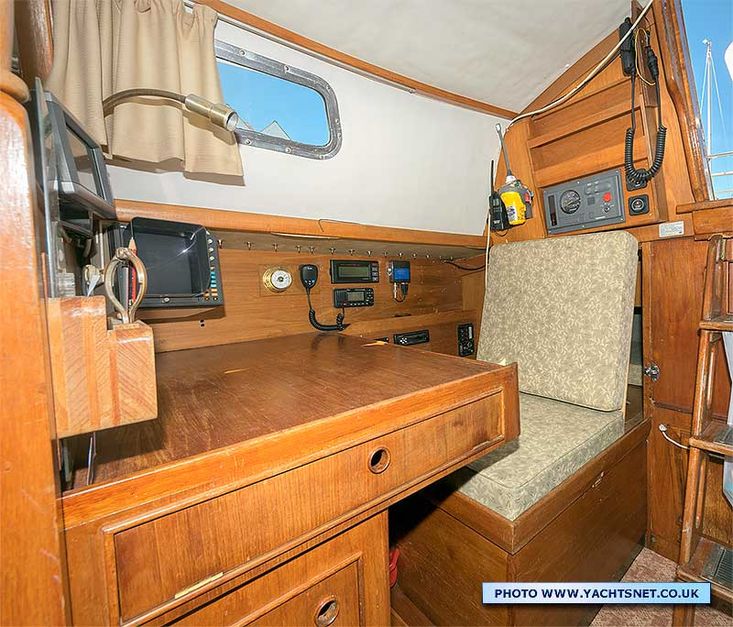 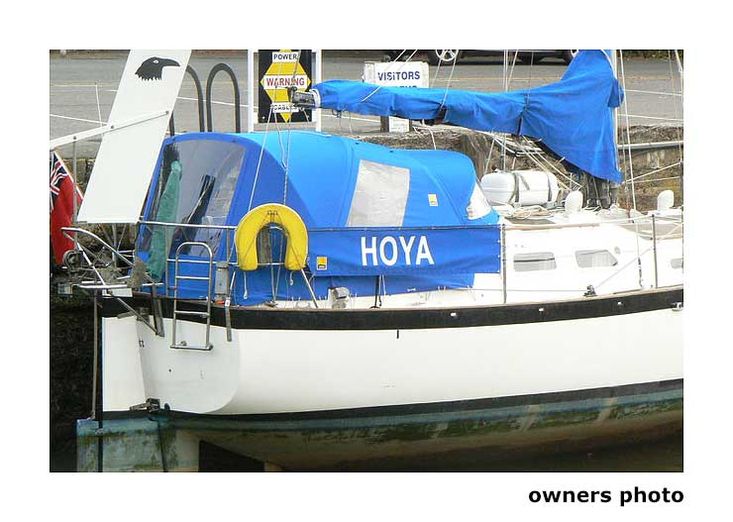 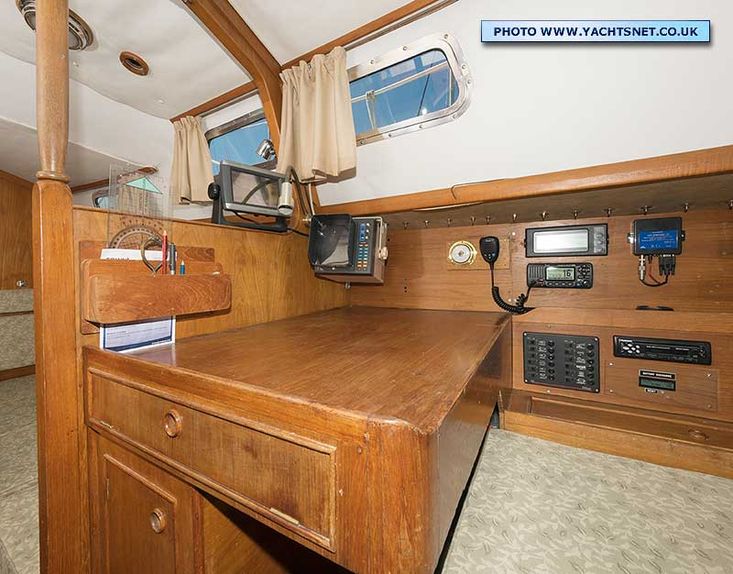 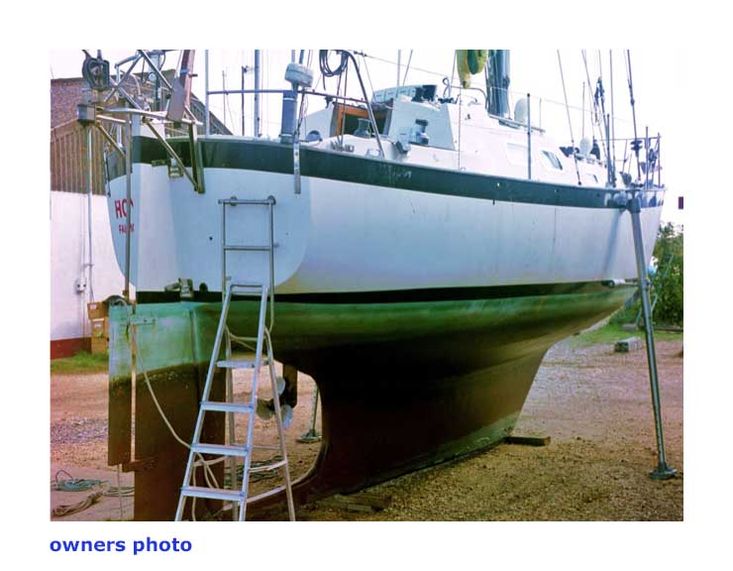 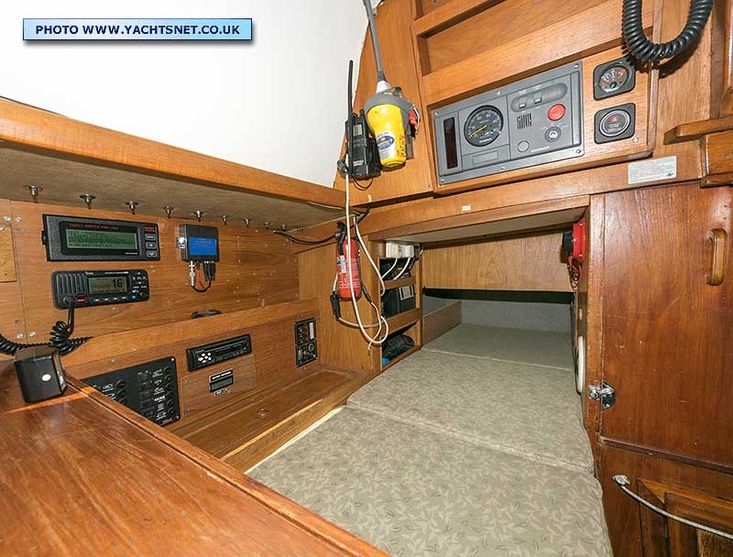 Designed by Robert Harris of Vancouver, Canada, the Vancouver 32 is a traditional long-keeled passage maker, although with a great deal more interior space than many older long-keeled designs. The design is aimed squarely at long-distance cruising, and is much sought after for this purpose. This is an early but unusually lightly used Vancouver 32, for sale now only because of the long term owner's age.

OUR OWN WEBSITE AT YACHTSNET.CO.UK ( https://www.yachtsnet.co.uk/boats/y13820/y13820.htm ) HAS FULL INVENTORY INFORMATION AND LARGER PHOTOS

The Vancouver 32 was designed in 1980/81 as a larger version of the already successful Vancouver 27/28, which had established a serious reputation for seaworthiness.

Just over 60 Vancouver 32s were built in England from late 1981 to 1991, initially by Pheon Yachts. Pheon were taken over in 1986 by Northshore (who moulded the hulls for Pheon), and from then on UK boats were built entirely by Northshore. A few boats were also built by Ta Shing in Taiwan for the US market, but these appear to have a different pilothouse type deck moulding. Very early Pheon examples such as this yacht for sale had saildrives and a skeg to give additional support to the rudder, later ones had shaft drive and relied on the keel extension itself as rudder support.

They are very capable long-distance passage-makers, and many have made extensive cruises. Extended to 34 ft, the Vancouver 34 was until quite recently still in production by Northshore, the main difference between the two boats is that the stern is stretched on the 34 - the interior is very similar indeed on the Vancouver 32 and 34s.

The GRP decks and coachroof on this yacht were originally covered with panels of Treadmaster non-slip, but as this was getting tired the owner had Permateek synthetic teak decking fitted throughout in 2018

The particulars detailed herein are intended to give a fair description of the vessel but their accuracy cannot be guaranteed. These particulars are not a part of any contract or offer, and are supplied on the understanding that all negotiations shall be conducted via Yachtsnet Ltd., who are acting as brokers for the vendor. The vendor is not selling in the course of business unless otherwise stated. The prospective purchaser is strongly recommended to check the particulars, and where appropriate, at his own expense, to employ qualified agents to carry out surveys, structural and/or mechanical & electrical checks or tests.

Boats for sale
by continent

Boats for sale
by country